Most people who want to use Linux take an old Windows computer and install Linux on it. That is certainly a good option for those who want to take that route.

However, many people like myself just want to buy a new computer with Linux (probably Ubuntu Linux) already installed and ready to go, in the same way you would buy a Windows or Macintosh computer. There is good news, you can buy a computer with Linux pre-installed. Here are a couple of good places to buy from.

LinuCity.com is a small firm that takes new old stock (previously unsold) or overstock Windows computers, erases Windows and then installs Ubuntu Linux. This means you can get a new Ubuntu Linux computer for a lot less money than you would pay for a built from scratch machine. I have ordered several computers from LinuCity over the years and have been very satisfied.

The website is not slick or fancy but don’t let that turn you off. Stock changes all the time so there are constantly new brands and models becoming available. In laptops you will recognize most of the brands that come up: Lenovo, HP, Acer, Toshiba, etc.. generally low to middle range (sometimes high-middle range) models. They also have desktop computers too.

With these you are going to find Apple Mac-like prices. Still, check them out they may prove more affordable than you thought.

Zareason assembles their own computers from quality Linux compatible componants. These computers are a attractive and durable. I have ordered at least one laptop from Zareason and was completely satisfied.

An added benefit of buying from Zareason is you can choose which Linux distro (version) you want installed: Ubuntu Linux is the default and a good choice or you can specify from others or you can write in a Linux distro that is not listed so this is an opportunity to have sometthing like Elementary OS Linux installed. (Elementary is Linux with a more Mac-like UI.)

Dell makes Ubuntu laptops and desktops but they do not sell them in stores. The XPS 13 Developer Edition is a high quality laptop. I have never ordered one, but this will probably be my next Linux laptop.

There are other companies out there that sell Linux computers, but I have limited this to companies that I have had a good experience with or in the case of Dell which is sort of the gold standard of linux laptops.

I always recommend Ubuntu Linux by default for people new to Linux. Ubuntu has a good UI, and is targeted at a broad, mainstream audience. It’s stable, well thought out and equipped with an app store full of good useful software: games, office, web. I’ve tried other Linux distros, but I keep coming back to Ubuntu. 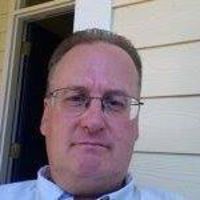