Also stopped by the local charity resale shop: they had 3 portable manual typewriters marked $10, 30 and 40. I didn’t test them. All were well used and needed extensive cleaning at the least. If I were a refurbisher and mechanically handy, I would have bought the lot but passed because that’s not a gig I want to get into. That and none where a model that “spoke” to me.

Most people are collecting portable typewriters which means the full desktop manuals are not getting a lot of love and therefore the prices are much lower. Below is an avacado green Royal desktop which I did not buy priced at an antique mall for $45 and you can probably get it for less. Assuming it works that is a good price for a machine for maybe a 10 year old that is keen on having their own typewriter or somebody on a tight budget but wants a manual. 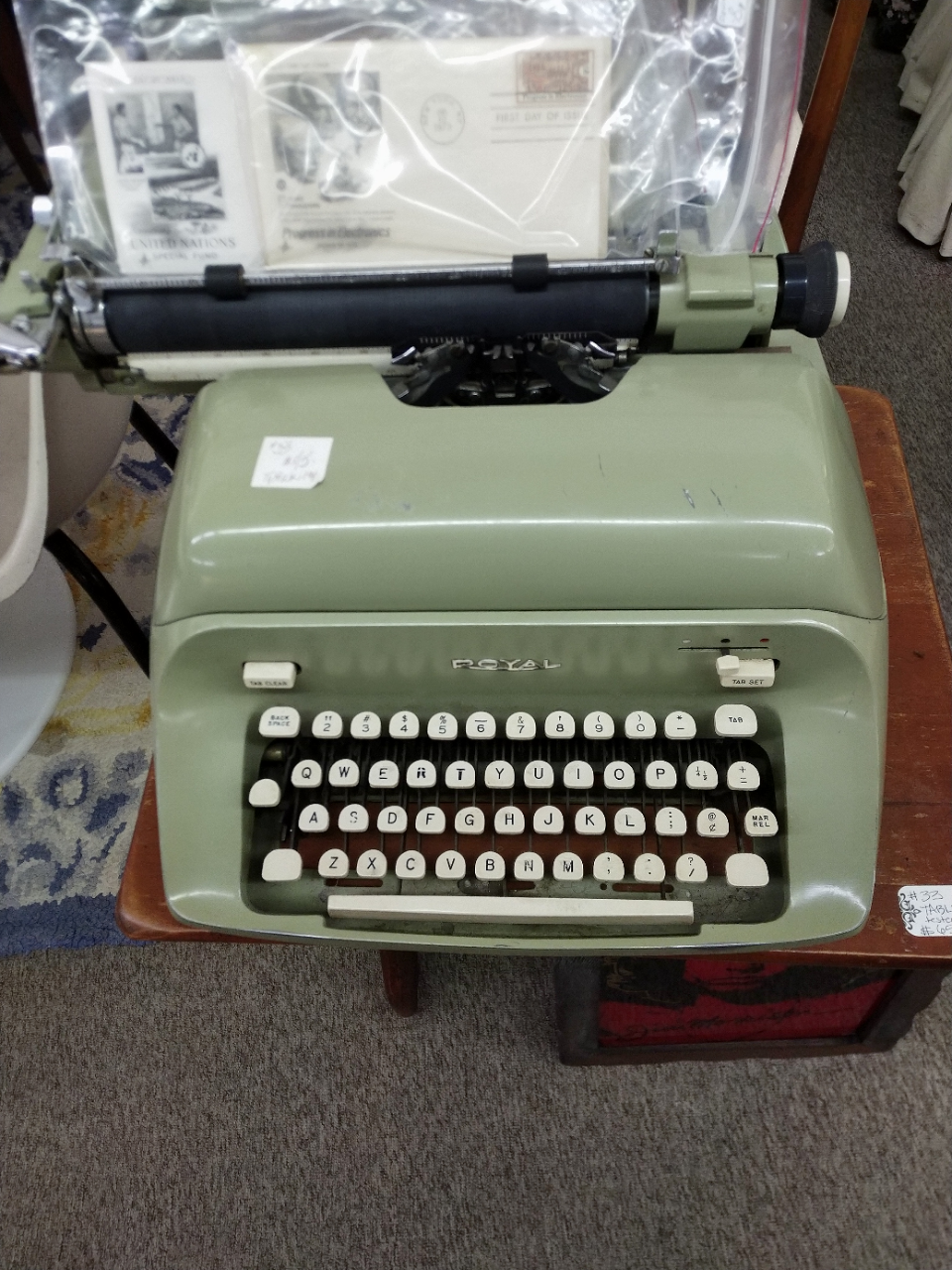